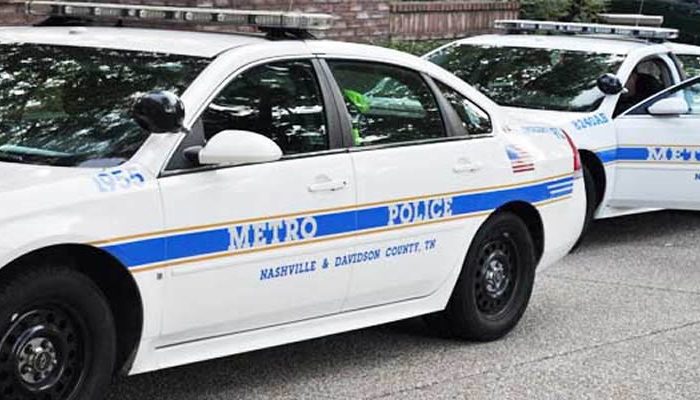 Law Enforcement Officers in Nashville, Tennessee arrested, who they suspect to be the Mapco Burglar, early Monday morning.

At 1:30 am Monday morning, L.E.O.s responded to reports of a burglary alarm going off at the Mapco Gas Station on Lebanon Rd and Spence Ln, just South of downtown Nashville, where they found broken glass and scattered Lotto tickets. Officers then noticed hundreds of tickets outside of the gas station leading a trail away from the scene. Officers followed the trail in hopes of locating the suspect.

Some local reports corroborate that the tickets led a trail to a metal building across the street where more Lottery tickets were stashed. Officers reported hearing a noise behind the building and following another trail into the nearby woods where the male suspect was spotted and ran from officers. It was reported that either the suspect was arrested near the railroad tracks, or that the suspect led officers to the railroad tracks and then a bridge where they found the man hiding underneath with a handful of tickets.

Nonetheless, the man in question is currently in custody for possession of the tickets and for further questioning on his relation to the Mapco gas station burglary around 1:30 am. Mapco gas stations in Tennessee have common issues with robberies and burglaries ranging from suspects of any age, sex, and group size. However, local law enforcement officers are swift to respond and usually capture assailants before they have a chance to leave just moments after the incident.

Nashville Metro Police reports crime data for public access which shares the rate of change for crimes by year.

About the Author: Admin